So, the last week has been somewhat manic for me. 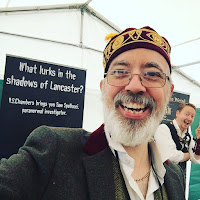 Not only have I launched a Kickstarter for my new novella Songbird: A Nightingale Story (more on that in a bit), but I had the delightful pleasure of attending this year’s A Splendid Day Out at the Platform in Morecambe.

For those of you who don’t know, Steampunk is a fantastical fusion of high Victoriana and all manner of things futuristic. If you can imagine Sherlock Holmes hanging from a Zeppelin whilst blasting off a patented Tesla ray gun, then you are in the right sort of ball park. 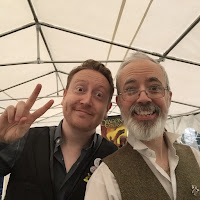 A Splendid Day Out has taken over Morecambe every year now for the past six years (if memory serves me correctly) and I have been lucky enough to attend the majority of the events. It is marvellous to see the little seaside town transformed into something quite spectacular. 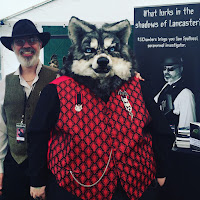 As well as the traders’ market with all sorts of goodies on sale, there was tea duelling, teapot racing, clog dancing, magical shenanigans and wonderfully eccentric music to name but a few of the array of attractions.

Then there was the authors’ tent, where Yours Truly had an absolute blast. I can safely say that I have never been to an event where I have been so inundated with enquiries (and indeed sales of) my books. My fellow authors were an absolute hoot and we all had a great time chatting to members of the public and basically causing general anarchy. I feel deeply sorry for the poor chap who had to try and control us during the panel on the end of the Sunday: it was like trying to herd LSD-infused felines!

If you haven’t been to the event, then I highly recommend it. The link to the ASDO website is here.

So, if having a blast over the weekend wasn’t enough to keep me entertained, last Monday I launched the Kickstarter for my next book Songbird: A Nightingale Story. 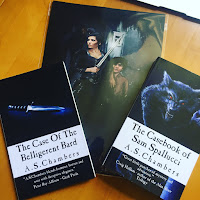 I have to say that I felt sick to the core when I clicked on launch for the crowdfunding for my vampire Nightingale’s origins novella. I was convinced that it would be a flop and I would just sit and watch tumbleweed drift through my campaign for the next thirty days.

Well, all those nerves were well and truly squashed when the campaign zoomed past its target in just six hours!!! Needless to say, I was totally gobsmacked and my thanks goes out to everyone who has contributed so far.

There are still approximately three weeks left on the campaign and there are still plenty of goodies left to be snapped up. Primarily there is the opportunity to preorder digital and paperback copies of the book which see Nightingale rise from the poverty of Victorian England to becoming the leader of the Children of Cain, the vampires from the world of my very own Sam Spallucci.

Not only this, but there is also the opportunity to grab yourself some limited edition artwork by the amazing Liam Shaw. I have a very limited run of A4 prints of the cover art on offer alongside signed copies of Songbird, The Case of The Belligerent Bard  and The Casebook of Sam Spallucci.

Why not hop over to Kickstarter now and have a look for yourself? You can reach it here.