A literary hero of mine whom I’ve been revisiting a bit recently is the wonderful Spike Milligan. Born in India in 1918 and serving in the British Army during the Second World War, Milligan was a keen jazz trumpeter who seemed to drift into anarchic forms of humorous entertainment as a response to his experiences in the horror of war, most notably as the frontman of the Goon Show which ran on the BBC radio channels from 1951 and was how I first encountered him, first at the insistence of my father and then at university where my social group held him as a cult icon. 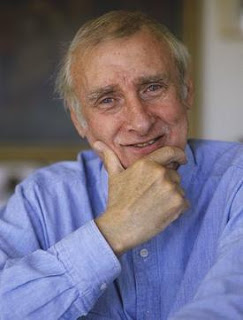 I think the thing that I admire most about Milligan is that he just went for it. So often, especially in modern creativity, there is a great deal of reserve and a feeling that one should be mindful of others’ feelings. I can’t help but feel that this, from a creative point of view, can be exceedingly detrimental and indeed unhealthy.

Art needs to be passionate.

Art needs to come from the heart.

These are things that Milligan definitely did. He railed against authority and all the blind stupidity of social superiors as can be seen in his books about his time in the army. He swung completely the other way from the regimented life of the soldier to the anarchic form of entertainment that we saw in The Goons and then later on in his solo work, some of which is so far off the wall as to be almost unintelligible, yet still bizarrely hilarious. 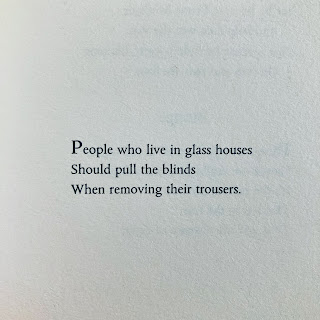 However, this brash personalty covered a deeply traumatised individual who seriously struggled with his mental health. He suffered from bipolar disorder and apparently had numerous mental breakdowns. This can be seen in his vast collection of poetry. On one hand, many verses are guaranteed to make the reader weep with sadness, feeling futile that there is nothing they can do to help this troubled man. On the other, the reader will be weeping with uncontrolled mirth at the small, precise witticism which has effortlessly flown from Milligan’s mind.

The one thing, though, that for me really illustrates Milligan’s creativity is a story he told in an interview a few years before his death in 2002. He said how he used to leave letters from fairies at the bottom of his garden for his children to find. This resonated with me so much! There, for me was the real Spike Milligan, an individual who found wonder in the little things and wanted to pass that on to the next generation. A true wonder of the modern literary world.