Many, many moons ago I was given a book of surrealist poetry by my then-girlfriend. The relationship didn’t last that long and indeed the split was decidedly acrimonious. As a result, the book was shelved with the intention of never being read. A couple of years ago I was looking for a new read and stumbled across the poor volume languishing under a good coating of dust and shrouded in self-loathing. I dusted it off, sat down and consequently devoured it. 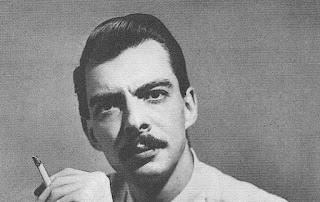 One of the poets that it introduced me to was a chap by the name of Weldon Kees. Until I’d read the handful of his poems in this book, I had never heard of the artistic polymath. Living in the USA in the first half of the Twentieth Century, Kees was not only a poet but a novelist, a musician and an artist. His work was full of incredible vibrancy and he was able to paint scenes with words that truly encompassed you and took you places that you had never visited before. You really got a sense of his thought structures and how he saw the world around him as it headed into and then emerged from the Second World War.

I’ve since bought up numerous works of his including his collected poems, his novellas and his posthumously published novel Fall Quarter. For me, I feel that his story of a newbie, straight-laced professor descending into the vices of the world around him works better than Kerouac’s On The Road as a voyage of self-discovery. It paints a picture of how a few wrong choices can send someone’s life off in a tailspin. I could wax lyrical all day about his poems, but a few that I seriously recommend you read are The Forests, Obituary and On A Painting By Rousseau. All three are masterpieces in how to succinctly portray an image that the poet holds fast in their mind.

Sadly, Kees was taken from us far too early. His car was found abandoned on the Golden Gate Bridge in 1955. Whether he jumped to his death or disappeared into anonymity, no one knows. I, for one, would have loved to watch his craft develop as he entered on into old age.